Town of Warren Declares State of Emergency to Address Flooding 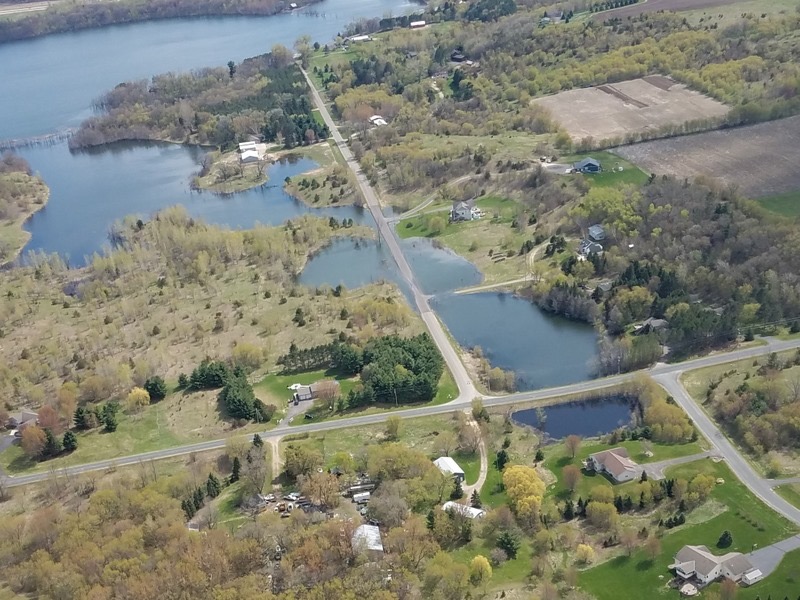 The Town of Warren declared a state of Emergency for a second time since 2015 at its June 18, 2019 meeting of the Town Board.  The Board did so in response to the flooding conditions affecting the area surrounding Twin Lakes. Lake levels originally reached damaging elevations in 2015, and have continued to increase, forcing Warren Township to raise 107th and 112th streets multiple times to keep them above the water.  West Twin has expanded into the entire valley to its north, and also into private property and the right-of-way along Interstate 94 just to its south.

At the request of Warren Town Chairman Gene Hanson and local residents, Assembly Rep. Shannon Zimmerman, and State Senator Patty Schachtner are scheduled to tour the Twin Lakes area and the Roberts Water Treatment Plant as part of the effort to work on a permanent solution.

While flooding conditions along many rivers and waterways are fairly common in many areas following the fast snowmelt and above average rainfalls this year, Twin Lakes continues to expand at an uncommon rate, significantly faster than other neighboring lakes, such as Three Lakes, also in Warren Township, and Bass Lake, just to the north of the Township.  Having no natural streams or rivers associated, Twin Lakes is heavily dependent on evaporation to dissipate water from the lakes. It is also the only such lake in the State to be the site of a municipal Wastewater Treatment Plant, operated by the Village of Roberts, which contributes an additional 75 acre-feet or more of water to the lakes annually. An acre-foot is the volume of water required to fill a one acre area with one foot of water.  At their present size, the surface area of the lakes is about 200 acres.

In 2018, the Town of Warren, the Village of Roberts, and the Friends of Twin Lakes, an association made up of Town of Warren Residents, created a joint Warren-Roberts Twin Lakes committee.  The committee is tasked with examining the issues, and arriving at a long term solution in cooperation with St. Croix County, and the State DNR.

In 2016, Friends of Twin Lakes applied an analytical model of Twin Lakes hydrology published by Hydrologist Paul Juckem of the US Geological Survey using 43 years of meteorological and evaporation data.  The results show that a significant portion of the lake level increase is due to a declining evaporation trend over the measurement period, with the remainder attributed to the long term water augmentation from the Roberts Treatment Plant.  Furthermore, the results also show that without the long term Treatment Plant augmentation, the Lakes would naturally be higher, but would not have progressed to the extreme, damaging levels where they are today.

Village of Roberts Trustees have so far refused to publicly acknowledge that the Treatment Plant has had any impact on Twin Lakes, dismissing the study results as unreliable and biased.  When the DNR required that the Village monitor the volume of water it discharges into the Lakes, and report on the progress of creating a lake management plan as a condition of renewing the Treatment Plant’s discharge permit, the Village successfully argued that the DNR did not have the authority to make the request, and refused to comply.  The Village of Roberts did agree to work with the Town of Warren to create the Joint Warren-Roberts Twin Lakes Committee.  At the April 2019 joint committee meeting, presenter Hydrologist Paul Juckem remarked that the lack of discussion of the Treatment Plant impact on the lakes was the “elephant in the room”.  Mr. Juckem included a specific breakout of Twin Lakes hydrology in his 2009 study specifically due to the existence of the Treatment Plant and its contribution to Twin Lakes.

The Town of Warren Board passed the Emergency Declaration at the June Meeting.