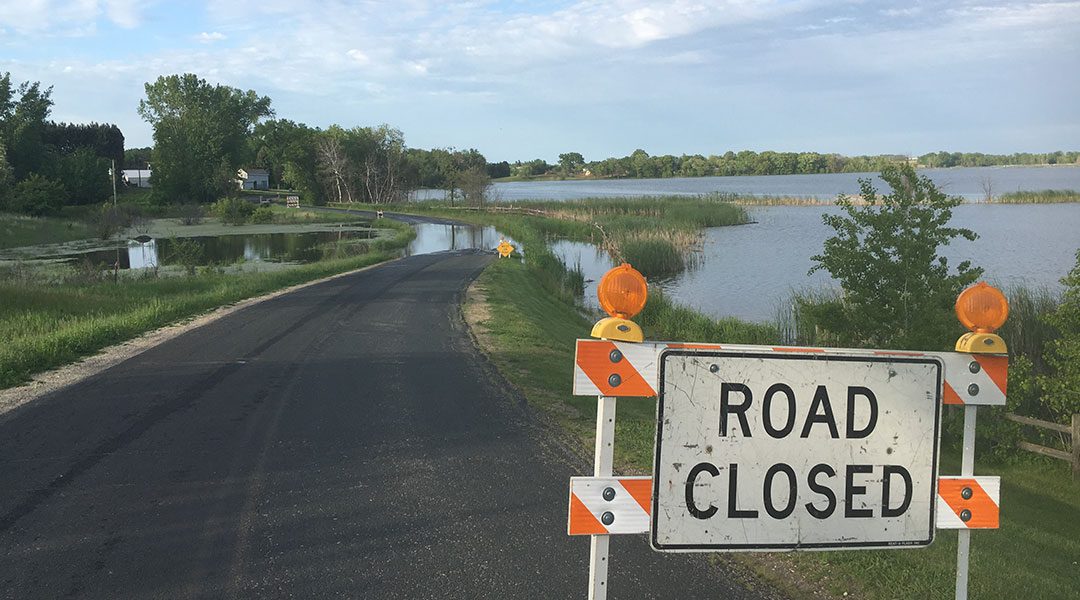 After much discussion, additional research, and debate, Friends of Twin Lakes unanimously voted to petition the WI State Dept. of Natural Resources for a Contested Case Adjudication hearing related to the October decision to re-issue the WPDES (Wisconsin Pollutant Discharge Elimination System) permit for the wastewater treatment plant operated by the Village of Roberts Dept. of Public Works.  The move is in response to the recent decision by the DNR to renew the current permit, following a public hearing held on August 29th, where Friends of Twin Lakes requested a more detailed Environmental Assessment to more closely review the impacts that the more than five decades of wastewater discharge has had, and continues to have on the lakes, before reissuing the permit.  The current WPDES permit, issued in 2012, expired December 31, 2016.

The Friends of Twin Lakes asserts that the cumulative volume of wastewater discharged into Twin Lakes, when combined with the natural sources of water input to the lakes, has resulted in a slowly rising water trend of the lakes over the last five decades.  The lake level finally reached a damaging flood stage beginning in 2015, and has accelerated in the last 3 years, hastened by above average rainfall.  This position is supported by the detailed, comprehensive groundwater study and simulation model published by the USGS in 2009.  The primary concern is the data shows that without intervention, the long term rising water trend will continue, as will the incremental damage to homes and infrastructure.

Following the public hearing, the DNR decided to re-issue the permit with only a few additional minor changes, none of which have any impact on the current or future volume of water the treatment plant can discharge into Twin Lakes.   The request for an additional Environmental Assessment (EA) was denied, citing the fact that such as assessment was completed in 2004, which met the requirements for issuing the permit.  Changes to the permit include a requirement for the Village Board of Trustees to report annually on progress of collaborating with other stakeholders including Friends of Twin Lakes, Town of Warren, St. Croix County, and the WI DNR to implement a management plan for addressing the long term rising water trend of the lakes.

A detailed review of the EA and resulting Environmental Impact Statement issued by the DNR in 2004 revealed that there was concern about the effects that the treatment plant discharge was having on lake levels, but since there was no way at that time to predictively model the impacts, the DNR called for continuous monitoring of the lakes to detect problems well in advance of them becoming damaging.  Only one subsequent set of observations were made in 2008, when the DNR required a study to be done of lake seepage rates, which resulted in a great deal of data collection, but no meaningful application of the findings to assess the future impacts of continued wastewater discharge.

In 2009, the USGS released a comprehensive study of groundwater and flow simulations across Pierce, Polk, and St. Croix Counties, which included a detailed analysis of Twin Lakes.  When historic rainfall, evaporation, and wastewater data is applied to the formulas established in the study, the effect predicted by the simulation model very precisely matches the actual observed behaviors of the lake over the last 40+ years.

Based on previous statements of lake level concern resulting from wastewater discharge made by the DNR in previous years, supported by the actual historic observations and predictive analysis provided by the USGS study that essentially prove that the concerns cited in 2004 were correct, Friends of Twin Lakes filed a petition for a Contested Case Adjudication Hearing to dispute the decision made by the DNR to reissue the WPDES Permit to the Village of Roberts.  The request for a remedy is that the DNR require the Village of Roberts to begin the search for an alternate discharge plan for the wastewater.  Friends of Twin Lakes is simultaneously beginning to research and formulate a viable alternative plan for the long term benefit of area residents.